I was honest and the world didn't end 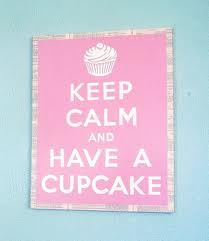 I didn't have any cupcakes to eat while remaining calm over the past few days. I would have liked to have them but alas the cupboard was bare. it's been a while since I posted but I have been busy with all sorts of crap. not only crap but starting my awesome new job. that has been such a treat. seriously. I love my job and for the first time in a long while, I feel like a nurse.
I've also been involved in some mental housekeeping. for good or for bad it was a necessity. and once again I was able to see the yin and the yang of life. I love when that happens. even when it is painful or not what I want. but I survived and here I am. all those people in my past who told me that I would not die were right. I actually was honest and forthright about sharing something and my world didn't end. and in fact my world became a more certain place because I finally saw that I wouldn't shrivel up and die by doing so. you're probably saying WTF is she rambling about but I'll just say never fear being honest. you won't die if you don't hear what you want. in fact you will walk away a stronger and richer person. like I did.
anyway, sorry for the absence. I'll be back. and I'll be better than ever.
Posted by Alison at 10:31 PM