and now...gaze in wonderment at Sam Neill. YUM 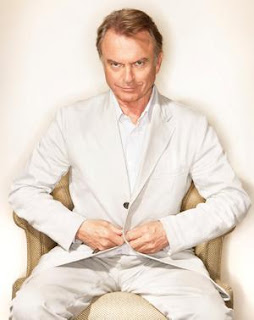 so here you go! just take a gander at him.mmmmm. made of awesome much like Tim Tebow but with as much sex appeal to slap the taste out of your mouth Sam Neill. with the upcoming Daybreakers movie, I have been reminded just how awesome he is.he's sexy and delish on multiple levels. he can be a good guy(Dead Calm and Jurassic Park) or he can be the devil (The Final Conflict) and either way, he just makes the panties want to come off. I have been a  fan of his since I saw him in Reilly Ace of Spies in 1983. I named my boxer dog Reilly and around that time, I started writing a form of Primigenio and named my vampire Sidney. (yeah, it's been that long) tastiness aside, he is a remarkable actor and person. he even has his own winery in New Zealand.
this is why I just adore looking at this man. he, like my other dream man AR, is a thinking woman's sex symbol. you just want to be around him. you know that he has something brilliant to say. and when he isn't around you know he is off doing something awesome or maybe even just chillin drinking wine.(that he MADE) he inspires revisions in my ms !
Posted by Alison at 9:11 PM