the right to arm bears and write vampire fiction 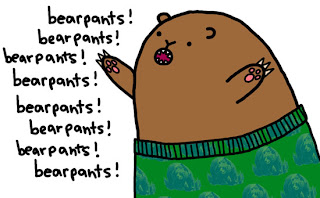 I find that I am up against a community of writers( not all but some) who insist that the vampire genre is dead. no humor meant there. I find that opinion difficult to buy especially when they back up their argument with an article written in EW. let's face it, that's not exactly a beacon of knowledge and erudition. no offense but it is what it is. just like my novel will never be confused or taken as literature. it is what it is, entertainment. the author may be but it is just his opinion.
authors have been telling vampire tales for hundreds of years and will continue to do so for hundreds more. I'm not saying this because I am writing a vampire novel. I am saying it because it is true. the stories might not be as in your face as they currently are but they will continue. people love them and these readers are loyal to them. it is necessary that the stories move past what is out there now though. I think my novel does that. I think at the end of the day my novel is a love story and a story of personal growth with some vampires and hot sex thrown in.just like in real life. the obstacles and situations are different but when you strip it down, there you go. a man wants a companion to love who is not crazy or in love with someone else. yes he is wealthy but money doesn't buy happiness. also, family relationships complicate everyday life. it might not be a family like humans know but to a vampire in my character's world, their line and Primigenio or father is their family. you might not like them but you depend on them and need them. finally, sometimes life hands you other undertakings like governing. not exactly running for office but more like the founding of a nation.
my mc is flawed. he is pompous, used to always getting what he wants, enormously powerful, unused to change and uncomfortable showing human emotion because he sees it as a weakness. he doesn't deny that he experiences these feelings. he just doesn't want to let others know it and that is one of the things he has to get past in order to be happy. what a tough journey, even for a human. does he mope and waller in angst? no. does he regret that he is a vampire? HELL NO. he loves it. has he done questionable things in his past? you betcha and would probably do them again if the need arose but he does seem to have some sense of right and wrong.
well, I guess I'm done with my rant. I hate having to defend my genre and work but I'll defend it to the mat just like I would my daughter. what mama bear wouldn't?
Posted by Alison at 9:09 PM