One last Hell Yeah, it's the Governor Sunday! 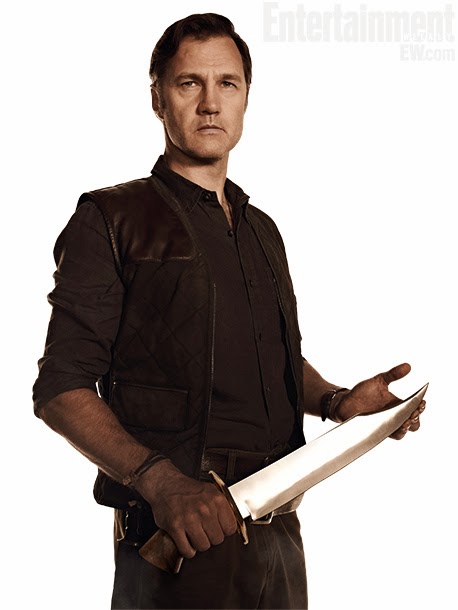 I know his character was killed but I'm just bringing him back for one more visit. I'm watching the season five marathon of the Walking Dead while I try to write and he had an appearance in Tyrese's dying thoughts along with some other characters that had and impact on Tyrese's life during the zombie apocalypse.
David Morrisey did such a great job bringing the character to life in a way that was almost completely different than the graphic novel. Morrisey made the character his own and kept you guessing, never knowing the depths he could and would sink to. You either cheered his death or you frowned because you knew there would be no more Governor. I was in the latter camp.
I had the opportunity to have a photo op with him at MegaCon last year in Orlando(he's very tall)
and the chance to talk with him as my husband got his autograph. It was more like a fan gushing but he is probably my all time favorite Walking Dead character.