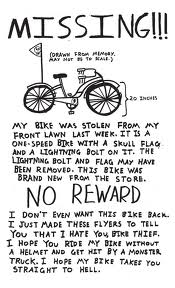 have you ever seen this? I loved this so much that I bought the t shirt. anyway, I'm in the process of moving. yes, I'm moving again. y'all probably think I'm in the Witness Protection program or I'm a bedouin but yeah I'm moving. the plus of this  move is that I have found a bunch of stuff that I previously lost.
my 16 gig iPod. yeah. after I bought a new one and was in the process of replacing the music. funny thing is I forgot I had some of this music. so now I have 2. actually 3 because I have one I swim with but I never lost that one.
the other key to my car. okay it's not really a key. it's more like  a flash drive because it's a Mercedes and the Germans don't like keys anymore. anyway, I found this but not after I ordered a 250 dollar replacement for it because at the time I had lost the only key (leaving me with 0) at the time. so now I have 3. like the iPods.
my tag heurer watch. this was in a basket in a closet. apparently the basket went in a closet when we decorated for CHRISTMAS. that's how long that had been MIA. I was sad about losing that because I've had that watch 11 years and LOVE it. it has a pink face and even the jeweler says it's pretty rare. but it's found, battery replaced and seals tested. I don't have 3 of these.
I think I'm finding things because I'm going through stuff before packing. I have gotten rid of SO MUCH stuff. it's amazing how much you accumulate. but the only good thing about this move is finding my lost items. otherwise it's been the pits. 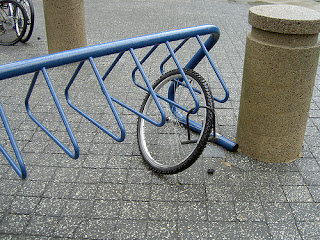 this isn't my bike. this is what my friend Susie Mercer's bike looked like when she left it parked at the Fine Arts A building at UF for like 6 weeks. I still laugh about that and thought I'd share that with you. I wonder if she remembers this.