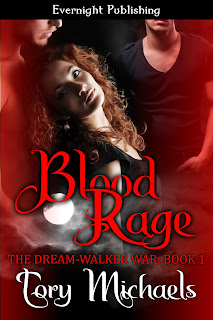 For eighty years since the Great Awakening, humans and non-humans have lived in relative peace together. The peace is threatened when three bodies turn up less than a mile from the Bureau of Non-Human Affairs in Tampa, all bearing the signature of vampires who once terrorized Europe.
The Bureau’s chief liaison to the vampires, Dara MacKechnie, learns that the Tampa victims are not alone when her ex-lover, and head of the vampire’s Great Council, Anthony Caldwell comes calling.  The pair discovers the lie that separated them two centuries ago only banked their passion, not extinguished it.
Dara must decide whether she can trust Anthony with her heart a second time as they try to head off the war that threatens all they hold dear.

If you like sexy vampires, kick ass heroines with a vulnerable side and snappy dialog, please check out Tory Michael's book!! You won't be disappointed!
The sequel to this awesome book will be released in March of this year by Evernight.
Posted by Alison at 8:00 AM