political science around the house 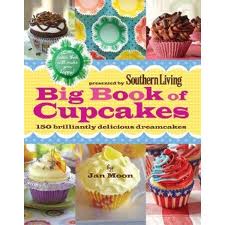 so it's week four of my classes at Penn State as a political science major. no that isn't one of my text books but can you imagine how epic that would be?! actually after reading some of the material, I need cupcakes so this is fitting. anyway, classes are fine. they are nothing like history, theater or nursing so I am so far out of my comfort zone that it isn't funny. but I'm surviving and doing fine. I know I'm doing fine and understanding the material because I am starting to apply the material to everyday situations.
Case in point:
we have a new puppy, Bella a lovely boxer. when we brought her home, I tried to introduce her to the cat. HA! King Kitty wasn't having it. he puffed up and promptly swatted Bella(no claws) and Bella took off. so to fix this, I applied diplomacy. now because my state actors aren't human and don't behave rationally, this is all a big bag of crap but just go with me. I divided the house up. the cat lives in the back, carpeted areas. and the dog gets the wood floor areas. now border crossings are still tricky. they usually happen with distraction of the other party, speedy movements through the doors and sometimes just intimidation. sometimes though there is peaceful co existence, which happens due to the fact of the perceived power of King Kitty by Bella. She thinks the cat will kill her. but the cat has made a fatal diplomatic flaw of underestimating the potential for power by Bella. one day Bella will be about 60 pounds.
anyway, that's how school is. I've apparently gotten some of the concepts. so well that it bleeds over into my life. good thing I'm not studying gun fights or too bad I'm not studying pizza making. I bet somewhere I could study that though
Posted by Alison at 12:33 PM