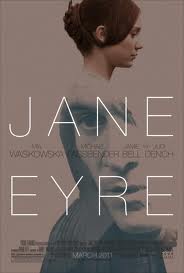 that's right everyone! Jane Eyre comes out today! and as a MAJOR Janiac, I'm thrilled. I've read the book eleventy hundred times and seen many different productions of it. I also read the super awesome Jane Slayre 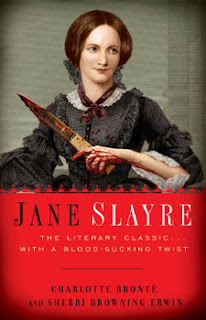 this was an AWESOME version with all the passion of the original with some kick ass paranormal slaying action. LOVED it!
I plan on going to see this newest version. I hope Michael Fassbender lives up to my high expectations of how Mr. Rochester should be portrayed. I keep picturing him in Inglourious Basterds and that might work against me. I love two productions of the film. they run neck and neck in their awesomeness. the first is the version with Orson Welles and Joan Fontaine. he was awesome and she was soo beautiful.and Mr Brocklehurst was creepy. he was played by contract bad guy player Henry Daniell. Agnes Morehead (Endora on Bewitched) play Aunt Reed. but Orson Welles' plaintive "Jane" when she is wandering the moors just clenches it for me. man, more people need to wander the moors. 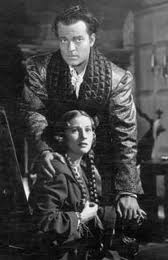 but my all time fave(an I've even mentioned it before) is the A and E version with the uber sexy Ciaran Hinds. basically it's a yum fest. he is a perfect Mr Rochester. and the super cool Samantha Morton is Jane. it's an all around win. 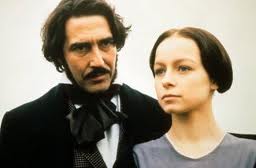 so take advantage of another incarnation of this timeless story of Jane and Mr. Rochester. I know I will and I'll  be rereading Jane Eyre. and I'm gonna find my damn copy of JE with Ciaran Hinds.
Posted by Alison at 10:07 PM