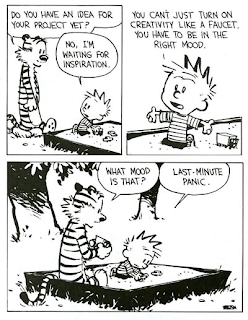 so yesterday was our family reunion. I live in rural north Florida and have an old rural style family. farm people. not to say that we don't have our eclectic members. one cousin owns a yoga studio, one cousin is the tax collector in our county and a lot of people work at the post office, so they know more about the people of this town than anyone. anyway, I was talking to one of my out of town cousins and she told me that my mother told her that I  had written some books. I said yes, I was waiting to hear from some publishers but they were indeed going to be published. she then wanted to know what kind of books I wrote and I told her paranormal romance and urban fantasy. she looked at me with a puzzled look so I clarified by saying it was a series about vampires. right away she assumed I wrote young adult and said, oh like Twilight. I smiled and said no not like Twilight. my vampires cuss and have sex frequently. these are adult vampires who have adult social problems,they're just vampires on top of it. oh and they have people trying to kill them. my cousin nodded and changed the subject.
I often get reactions like that when people hear that I write. it's either an Oh kind of expression or when they find out what I write, they assume it's another Twilight. which is fine. I think the world of writing is mysterious to the outside population. they have no clue what's involved. they think you bang out a story in a few days and poof, it's pubbed. they have no idea about writer's block, revisions, queries, more revisions, revising your query, getting a pub interested in it and landing a contract. then the fun begins and the time passes at a snail's pace. when you announce that your book sell's they expect to snag it off the shelf or download it in a few days. HAHAHAHA! publishing moves at a crawl. more revisions, edits, cover designs, proofing and then a year or so later(maybe) your book launches. then you are so excited and some smart ass says, your book is just now coming out? what took so long?
who deserves a facepalm/faceslap more?
Posted by Alison at 4:10 PM