Bad reviews and what not to do. And a GIVEAWAY! 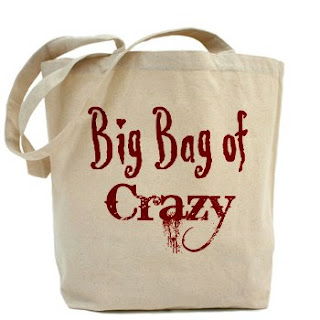 I thought I'd say something about this because of the uproar over on Big Al's Books and Pals blog http://booksandpals.blogspot.com/search/label/2%20star check it out for yourself. anyway, I went to check it out when I saw tons of tweets about how an author was going ballistic about a review that she didn't agree with. apparently the author dropped the f bomb many many times and called the reviewer a bunch of names, most of which were misspelled.
as an author, it's hard to hear criticism. but if you want to grow as a writer and improve your writing you take it to heart and learn from it, not hurl f bombs and insults to the reviewer and the forum. now, I'm a bit of a scrapper and also a fan of the f bomb but I know there is a time and place for it. it isn't the site where your book is reviewed. in fact, you generally don't respond to negative reviews other than saying thank you for taking the time to read my work. not everyone likes my work. I respect that. when I get critiques, sure it stings but after it stops stinging, I go back and evaluate my work in relationship to the criticism. often times, we don't see things that objective eyes do and that is a good thing. that is how we grow as a writer. we improve on flaws sometimes pointed out in uncomfortable ways. as writers, we already have tough skins. a bad review shouldn't spin us off into a rampage.
I hate that this author self destructed in front of the world. I picked up on the hoopla from twitter from retweets from agents and book reviewers and headed over to Big Al's (I'm not missing out on anything on a site called Big Al's) now it's everywhere including Amazon, where her book is for sale. I hope she takes some time and takes the advice she got to heart and fixes what was pointed out. in addition, I hope she develops some  professional skills because even if she does write a book that is magnificent she is going to have to do a lot of damage control on this. in her case even bad press is press isn't going to to benefit her. it might even blackball her. but I hope not.
and now in honor of the lesson we learned on what NOT to do when your work gets a bad review...a giveaway!! I'm giving away the bag in the picture above. Yes, it's a big bag of crazy bag. all you need to do it comment on the post or your take on what went on over at Big Al's and you will be entered. I'll draw and announce the winner after the Happy Vladurday post this Saturday.
Posted by Alison at 4:08 PM