Interview with Alex Bledsoe author of Blood Groove and The Girls with Games of Blood PLUS!!!!!!!! 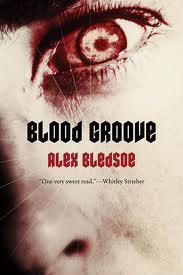 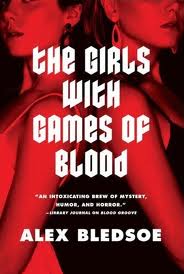 y'all I'm so excited to have Alex Bledsoe with me today!I love love LOVED his vampire books! so without further ado...

Alison: Your world building in BLOOD GROOVE and THE GIRLS WITH GAMES OF BLOOD was amazing. The reader really feels the atmosphere. Were those areas in the books areas you were personally familiar with or did you research?
Alex: There was some research, but I was 12 years old in 1975 and grew up an hour north of Memphis, so I have a pretty good memory for what it was like on the ground in that time. There is one glaring, deliberate anachronism in BLOOD GROOVE but since no one's spotted it yet, I'm not going to reveal it here.

Alison:  The vampires in your books are sort of anti heroes. They're fringe elements but you really feel for them. Was that intentional or did they turn into that?
Alex: It was deliberate in the sense that I spent a lot of time thinking about how a vampire would truly interact with his or her world after a hundred years or so. Nihlism became the guiding principle: after all, if these characters were divorced of any of the consequences society deals out for bad behavior, why should they continue to worry about it? The obverse of that is they grow extremely paranoid (especially Zginski) about attracting attention because they understand it's the only thing that truly leaves them vulnerable. So they both ignore society and hide from it. And I think that's a key to making them sympathetic despite their horrendous deeds: underneath it all, they are entirely motivated by fear.

Alison: These were your crack at vampire fiction. Was it easier to write about vampires as opposed to fantasy?
Alex: The challenges were different. Vampires may be fantasy, but they exist in a "real", historical world that if it is not done right, will take the reader right out of the moment. What's interesting is how many readers and reviewers mention the books' Seventies "cliches". I'm embarrassed to say that we did dress, talk , and act like that. Some of it  *is* cringe-inducing and has become a cliche over time, but calling someone a "jive-turkey" was as au currant then as using "OMFG" is now. You have to accept the reality of the moment, not the future's perspective on it.

Alison: If your books could be made into movies, do you have any casting ideas?
Alex: I've always pictured Robert Carlyle as Zginski. Recently a fan mentioned Cillian Murphy and that would be good casting as well.

Alison: What's next for you?
Alex: My third Eddie LaCrosse novel DARK JENNY comes out in the spring and next fall my "rural fantasy" (as opposed to urban fantasy) THE HUM AND THE SHIVER will be released. I'd like to do a third Memphis vampire novel, to tie up loose ends, but that depends on sales of the first two. 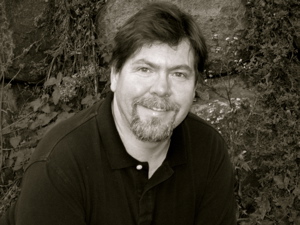 Wow, thanks again for being with us and sharing. We appreciate it soo much!
Alex has kindly agreed to sign a copy of each of his Memphis vampire books for two lucky readers. You get your choice of Blood Groove or The Girls with the Games of Blood. Another lucky winner will win a gift pack of Memphis barbeque sauces. Yummy.
To win, leave a comment on this entry with your name and email in the usual at and dot format.
Bonus entries for following my blog +5
Linking to my contest +3
Tweeting it+2
Doing the math(you know I HATE it) and totaling up your points +3 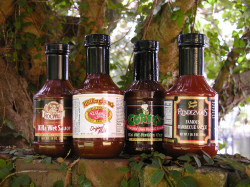