worrying about a vampire becoming self actualized 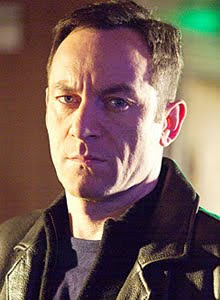 I'm worried about what a vampire would be like if he were more self aware in the icky human way. yes this is a strange thing to worry about but as my mc becomes more aware of his behavior, he might become a bit of a weenie. more than likely he'll just be sweet around his honey and maybe his offspring but I still worry. no one would dig a weenie vampire.
as for the pic of Jason Isaacs... he's just awesome so I thought I'd put him up there. he'd be a good vampire. wait what am I saying? he'd be a kick ass vampire.